“Yes, and all that will live godly in Christ Jesus shall suffer persecution.” -2 Timothy 3:12 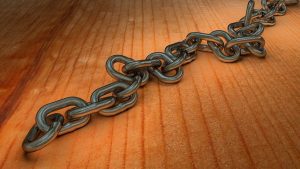 Each month, 322 Christians are killed for their faith. 214 churches and Christian properties are destroyed. 772 Forms of violence are committed against Christians such as beatings, abductions, rapes, arrests, and forced marriages.

Christians in more than 60 countries face persecution from their governments or surrounding neighbors simply because of their belief in Jesus Christ.

The longer I am a Christian the more I realize that my faith is unsafe.

However, as this becomes more of a realization to me, I am reminded that this isn’t a new concept.

In the Bible, John the Baptist was beheaded. Simon Peter was crucified. James was killed by a sword. Paul was in prison. Andrew was crucified. Stephen was stoned to death. Jude was killed. Mark was killed, and Jesus was beaten, flogged, stuck with a thrown of thorns, pierced in the side, and nailed to a cross.

One of my favorite books The Lion, The Witch, and the Wardrobe by the Christian author C.S. Lewis has a quote that perfectly describes my findings. “Safe?” said Mr. Beaver, “Don’t you hear what Mrs. Beaver tells you? Who said anything about safe? Course he isn’t safe. But he’s good. He’s the King, I tell you.”

If you are a Christ follower, you’re not safe, and you never will be. Refuse now to live a safe life. That’s not what Jesus did, and that’s not what He wants for you today. Be bold for the Lord, no matter what the consequence is.

Prayer: “God, sometimes it’s hard to come to the realization that following you isn’t safe. Thank you for the freedom in my life that I experience right now following you. I pray that when the time comes I can boldly live for you, even if it comes at the cost of safety.”