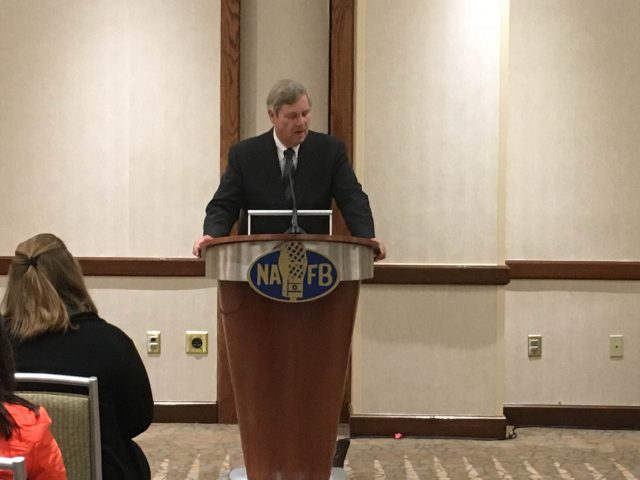 U.S. Department of Agriculture Secretary Tom Vilsack made an appearance at the National Association of Farm Broadcasters convention in Kansas City.

Secretary Vilsack spoke about his time as secretary and the farm economy at NAFB Convention in Kansas City Thursday.

“The question you have to ask yourself is ‘Are you leaving the place better than you found it?’. The fact we settled all of these civil rights cases that have been pending for decades. The fact we have created a more diverse USDA that isn’t getting sued at the drop of a hat that has a workforce that’s reflective of the America we serve.”

Vilsack says he does have one regret over his time as Ag secretary.

“The one thing we haven’t been able to penetrate. We’ve done a terrific job with you all and better job on social media. We’ve just had a hard time convincing the legacy media to pay attention to this part of America.”

He says he’s uncertain what comes next once his job ends January 20th.

“I think the next phase of life could include agriculture, advocacy but it will also include a commitment to family.”

Vilsack says he hopes to spend more time with his wife, children, and grandchildren. He is the sixth longest serving Ag secretary in U.S. history.