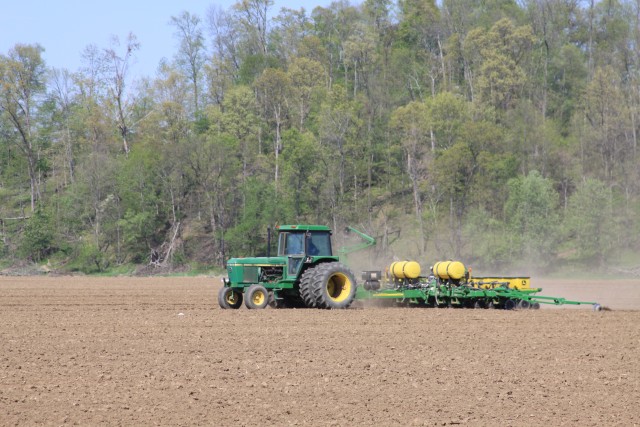 According to 2012 Census of Agriculture Data, 28% of Iowa farmers are over 65. There are four times more farmers over 65 than under 35 years old.

ISU Extension and Outreach will develop and implement programs to support new farmers, retired farmers, and military veterans interested in farming. Dave Baker with the Beginning Farmer Center says when young people come back to help on the farm they need to have a conversation with their family about what they want to do.

“Often times the older generation doesn’t bring it up you know business as usual. Like them saying we are doing functional parts of the farming business so we don’t need to talk about goals because we are busy enough. But we here at the Beginning Farmer Center encourage farm families to start sharing ideas as far as what the future of that farm might look like and discuss the wants of each individual,” Baker said.

“There are two non-governmental organizations. One is the Farmer Veteran Coalition of Iowa trying to serve veterans and empower veterans to succeed in Iowa agriculture. The other one is the International Farm Transition Network that has a nationwide and international presence discussing farm succession,” Baker said.

He says ISU Extension will partner with them to also help train existing attorneys, lawyers, CPAs, and insurance agents on how to facilitate farm succession meetings.