Esther again pleaded with the king, falling at his feet and weeping. -Esther 8:3 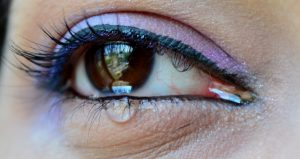 Lately, I have found myself emerged in an outreach opportunity that brings me to tears. These people are in an occupation that allows them to be used, taken advantage of, and disrespected.

Just last night, I was stopped at a stoplight thinking about the people that were clocking in for the long night ahead.

I can’t shake these people. God has burdened my heart for them. I find myself just weeping for them, and thinking about them in the quiet parts of my day.

I have come across another woman who wept for the people that she desperately cared about saving. Her name was Esther. Esther is one of my many favorite people in the Bible.

In this story, she becomes the queen, who was personally chosen by the King. Esther’s guardian, Mordecai ends up refusing to bow down and pay homage to Haman, a high official of the king.

Haman becomes infuriated and plots to destroy all the Jews in the kingdom because of his pride. Mordecai hears of the plot and reports it to Esther.

Esther, takes her concern to the king and pleas for the protection of her Jewish people. The Bible literally says she pleaded with the king, falling at his feet and weeping. Here is the queen, the wife of this powerful king, and she is down on her knees, sobbing. Begging for him to save her people.

She could have been in huge trouble, or even been killed herself. However, she wasn’t afraid of what her heart needed to express, because she believed God had made her on purpose, for THIS purpose.

The king out of anger, hangs Haman, with what he intended to use to destroy all the Jews.

Freedom came at the cost of Esther’s tears.

I think sometimes we overlook our tears. I think we push aside our feelings, and don’t trust that God is breaking our heart for a reason, for a purpose.

Prayer: “Lord, continue to break my heart for what breaks yours. Help me to trust my tears and to notice what you are asking me to accomplish through my hurting heart. In your name I pray, Amen.”