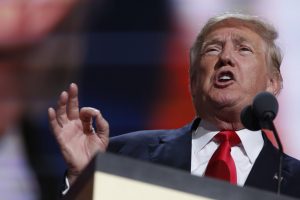 A budget plan President Donald Trump is expected to submit to Congress Tuesday includes steep cuts to farm subsidies, according to Bloomberg News.

The 2018 budget proposal, which would begin the process of balancing the budget within ten years, would make cuts to mandatory spending on an array of social programs while sparing the Social Security and Medicare entitlement programs.

The budget proposal will also include Trump’s proposal to overhaul the tax code.

But, with an effort of eliminating the federal deficit, many suspect tax cuts will be offset by the elimination of credits and deductions, a move opposed by agriculture groups who say farmers need both.

However, Senate leader Mitch McConnell of Kentucky signaled that lawmakers would seek substantial changes to the proposal, calling it a “process of negotiation.” McConnell added: “We haven’t paid a whole lot of attention to any president’s budget since I’ve been here.”