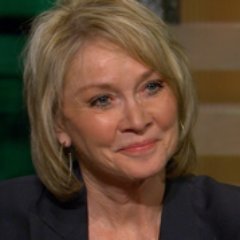 Ag and Investment Services President and CEO Sue Martin has been in the farming business for many years. From owning her own operation to running her agribusiness, Sue has worked many angles of the industry. As a broker, the businesswoman is well in-tune with trade deals, and how they have and will be affecting our markets.

The broker gave her own take on what she believes China has planned for trade.

“I think China has been very manipulative and very good marketers. I think that to have agreed on 150 pages of agreements or negotiations, what caused them to all of a sudden back out? I think the bottom line is China needs everything, and they’re just trying to massage and work prices down. China says they’re not taking soybeans, but every month of deliveries, COFCO international grains takes 90 percent or more of the beans that are being delivered through the Chicago board of trade. It’s just interesting to see this happening, yet they talking ‘China isn’t taking soybeans.’ Well, they are,” said Martin.

The agribusiness owner touched on Argentina’s role in U.S. negotiations with China.

“China will hold Brazil in order. After the trade war was announced and tariffs went into effect a year ago in June, bean prices in Brazil went up horribly high. I mean, they were comparable to that 25 percent tariff. They didn’t have a reason to do that, but they held the Chinese at, basically, hostage. So now, China is getting them back a little bit,” said .

Martin also discussed MFP-3, and what the election year means for agriculture.

“Basically, the government realizes–the Trump administration realizes–the farmer is the one holding the bag here. It’s not the way a farmer wants to earn his income. But, also saying that they are going to try to take care of us. What struck me is that they realize they are probably going to have another year of this into the elections,” shared Martin.