Home Uncategorized TPP Could Be A Game Changer for Agriculture 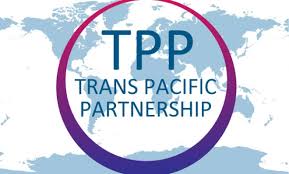 Trade ministers have finally reached a deal regarding the Trans-Pacific Partnership agreement.

This agreement could be a big game-changer for agriculture.

Countries agreed to eliminate over 18,000 tariffs through this agreement including 35 percent tariffs on soybeans.

“It’s going to very very difficult to get it through based upon opposition expressed in June when we had this up and I think that it will be particularly difficult in the House than in the Senate,” Grassley said.

He plans to look at specific details involving agriculture and pharmaceutical provisions.

Grassley thinks it will be hard for the agreement to move through the senate too because of the pharmaceutical provisions.

“I’m going to look at the whole agreement before I make a decision of whether I will vote for or against it. But I am concerned as Senator Hatch is about these provisions. The reason why I am concerned about them is, is because most of the development of these drugs and biologics and all of those sort of things happen in the United States and to get a drug to market it cost about a billion dollars,” Grassley said.

Grassley adds TPP will probably not reach congress until March or April which is right in the middle of primary season.