When they had seen him, they spread the word concerning what had been told them about this child and all who heard it were amazed at what the shepherds said to them.     -Luke 2:17-18 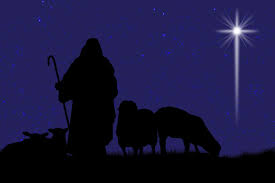 The night Jesus was born the Shepherd’s were out tending the sheep minding their own business. They thought it was going to be a normal night, but it was far from that.

When the angel of the Lord appeared to them they were terrified. Can you imagine if the Glory of the Lord showed up in the dark while you’re watching over sheep. I don’t blame them.

An angel shows up and explains to them that Jesus was born, and that they can go find Him and see for themselves. Then, a group of angels literally starts worshiping the newborn savior right in front of these shepherds.

When they left and returned to heaven, they had a decision to make. They had to decide if they were going to act and join in on the story of Jesus, or sit back and watch their sheep for the rest of the evening.

They made the decision to go and visit Christ the Lord. They just left. They had a job to do, and instead they saw the importance of Jesus over anything else that could possibly be a priority.

When they got to the stable, there they found baby Jesus. The Bible says that they spread the news about what they saw.

Seeing Jesus changed their life. They wanted to tell everyone about Him!

Have you seen Jesus? If you have, do the people around you know it?

These shepherds were way to excited to keep this kind of news to themselves. This is the way we all should be.

When you see Jesus, you drop everything, and you tell everyone.

Prayer: “God, I want to drop everything like the shepherds did. I want to tell everyone of who you are and what I’ve seen you do. Help me to have faith like the workers tending the sheep all those many years ago. In your name I pray, Amen.”