“And they that went before, and they that followed, cried, saying, Hosanna; Blessed is he that cometh in the name of the Lord.” -Mark 11:9 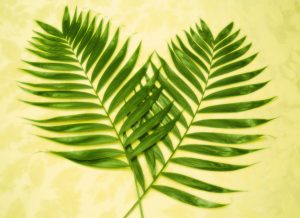 I love Palm Trees. They are my favorite kind of tree.

I firmly believe that in Biblical times I would have loved Palm Sunday. I’m all for a celebration, that involves tropical branches waving in the air.

The people who gathered to welcome Jesus in Jerusalem certainly enjoyed the celebration. They were taking off cloaks, waving palm branches, and praising Jesus for who He was, is, and was going to be.

However, in a matter of days, shouts of victory gave way to betrayals.

Jesus went from being celebrated, to being crucified.

Jesus is literally celebrated and condemned to death within a five-day period.

The crowds turn against Him, and demand a detestable criminal to be released instead of Him.

Jesus healed the sick and performed miracles. He became more and more a source of controversy. He overturned tables in the temple, spoke in confusing parables, and talked about dying.

The people began to doubt, and the Pharisees fueled it with their own darkened hearts.

Their promised king wasn’t supposed to die, he was supposed to conquer the Roman Empire and be, well, a king.

How often do we have a tendency to put God inside a box?

We predict how he’s going to move in certain situations, and it can challenge the very core of our beliefs when he doesn’t meet our expectations.

Palm Sunday is a palm to the face realization of how fickle the human spirit is.

Shame on us for being the same person who praises Him on Sunday, and curses Him on Friday.

Palm Sunday is a reflection on who Jesus is, and who we truly are.

Oh God, help us to be people of consistent character when it comes to you.

Prayer: “Lord, forgive me for how fickle I am when loving you. Thank you for loving me when my emotions and feelings sway from day to day. In your name I pray, Amen.”