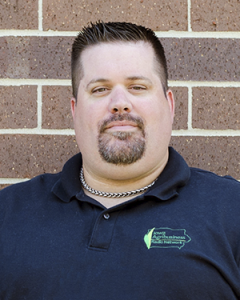 Dustin has been in radio since 2007 and a farm broadcaster since 2014. In that short amount of time, Dustin’s work has been recognized at the local, state and national levels. Dustin was the 2016 Minnesota Farmer’s Union Ag Communicator of the Year and the 2017 recipient of the Doan Award. Dustin’s listeners have appreciated that he tells agriculture’s story from a personal and relatable point of view.

Dustin is the network’s broadcast supervisor and oversees all day-to-day programming functions. He is a member of the National Association of Farm Broadcasting.

Dustin lives in Ankeny with his wife Vanessa, daughter Jaydee, and son Mattox. 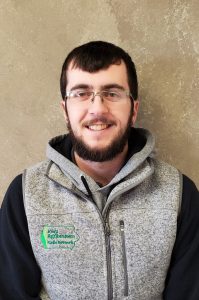 A recent graduate of Northwest Missouri State University, Riley Smith is the newest member of the IARN team. He has deep roots in agriculture, growing up on a family farm near Griswold, Iowa.

Riley is no stranger to radio, with experience at KJAN radio in Atlantic, IA, and as music director at Northwest’s student-run radio station, KZLX. He brings value to the network not only with his broadcasting experience, but also with his skills working with video production, podcasting, and social media. 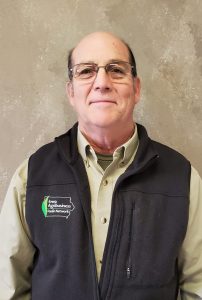 Serving as Manager of Operations, Russ Parker has been part of IABN since its beginnings.  Along with partner Ken Root, the two started the network in 2010.  Ken retired in 2020 selling his share of the company to Russ.

A salesman and marketer by trade, Russ has spent his 45 year career listening to and implementing solutions for ag marketers, looking to extend their brands and grow their sales. Also, with a degree in Ag Journalism from Iowa State, Russ contributes to the network’s content via interviews and offering faith-based insight via the Weekend Ag Matters program. 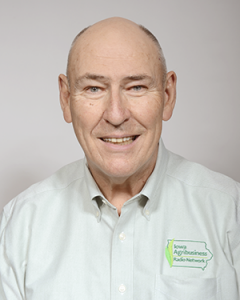 Ken has been an agricultural journalist for 46 years. With experience as a broadcaster in Oklahoma, Kansas, Missouri and Iowa, Ken was also the original host of AgriTalk, a daily talk show dealing with issues that affect rural America. From 2010-2013 he served as Farm Director for WHO-TV, and from 2005-2010 as the lead farm broadcaster for WHO Radio.

Since 1998, Ken has written a weekly column for the High Plains Journal. “The Root Zone” explores agricultural issues of past and present generations. Ken is also an Agri-Pulse Contributor, in addition to his work as a well- known public speaker and emcee.

As a reporter, Ken has traveled to over 30 countries, including the Soviet Union, China, Brazil, Turkey and Iraq. He has been part of the international press corps of two U.S. Secretaries of Agriculture: John Block and Mike Johanns.

He has twice won the top reporting award in farm broadcasting, the Oscar in Agriculture (1983 and 2008). In 2009, he was named Farm Broadcaster of the Year by the National Association of Farm Broadcasting. 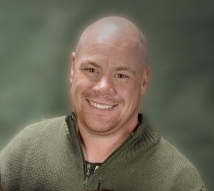 Chris has been with the Iowa Agribusiness Radio Network since its’ inception. He is a New England Native who currently resides in Connecticut with his wife Michelle and their three children. In his spare time, you will likely find him at one of the kids extracurricular activities.