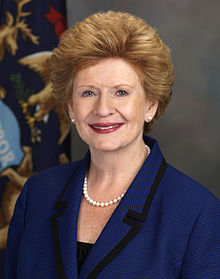 With Democrats gaining control of both chambers of Congress, there will be a familiar face returning to the head of the Senate Agriculture Committee. Michigan Senator Debbie Stabenow, the only remaining member of the “Big-4” in Congressional Ag leadership will be resuming leadership of the Senate Ag Committee that she held from 2011-2015. With a change in leadership comes a change in priorities. Stabenow took some time to outline her priorities as Democrats take full control of Congress and the White House.

Senator Stabenow said the first thing she has done is start coordinating with Ranking Member John Boozman of Arkansas. Until last week’s Georgia Runoff elections, it was assumed that Boozman was going to be the Committee Leader. However, with Democrats sweeping those elections, Boozman is now the second in charge. Stabenow says that with new members in leadership positions, she needs to work closely with them on her priorities. One of those being trade.

After a very tumultuous couple of years of ups and downs, Stabenow is committed to bringing more stability and certainty to the agriculture industry. She wants to find avenues of growth for producers. She says that the government’s responsibility is not to decide what to plant and who is profitable.

President-Elect Biden has been committed to tackling the climate issues facing the country. With control of Congress, those ambitions will be easier to realize. Stabenow is committed to finding voluntary solutions that are practical for producers to implement and recognizes the work that many Ag producers are already doing.

Also, the 2023 Farm Bill is on the Horizon. Stabenow is already looking at what needs to be done t start getting the ball rolling on the most important piece of agricultural and food policy in this country.

Stabenow says that Former and Prospective U.S. Ag Secretary Tom Vilsack is committed to getting Ag “back on track.” The two worked closely together in these positions during the Obama Administration.