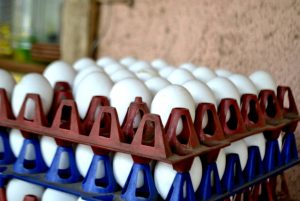 The U.S. has come to an agreement that should allow it to begin exporting eggs to South Korea for the first time ever.

Negotiations took place as the Asian country is struggling with the worst outbreak of avian influenza in history. A Fox News article says egg demand is expected to pick up ahead of the country’s upcoming Lunar New Year holiday season, so negotiations have accelerated as a result.

Jim Sumner, President of the U.S.A. Poultry and Egg Export Council says the two countries have agreed on health statements.

The talks began after South Korea lifted its ban on U.S. imports of shell eggs after an avian influenza outbreak in America during 2015.

More than 30 million birds have been culled after the recent outbreak, which began in November, and most are egg-laying hens.

The U.S. Department of Agriculture sent an email to members of the egg industry, saying it had “completed discussions regarding shell-egg exports to South Korea.” It’s good news for American producers who are coping with an oversupply of eggs that is driving down prices.