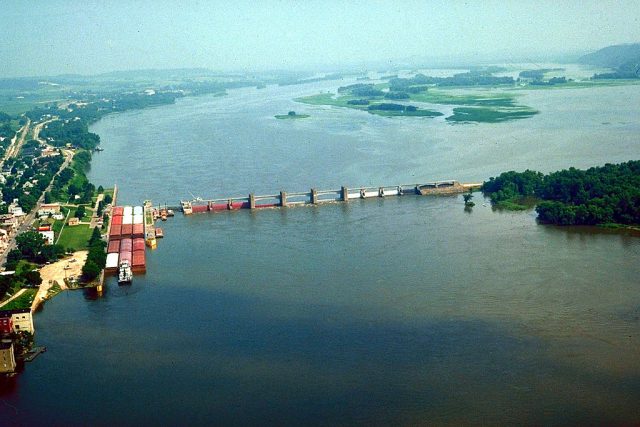 The Agricultural industry should be heartened by President Trump’s goals to rebuild America’s roads, bridges and inland waterways.

Federal money will not be enough to do it all but the will of this administration may set the larger effort in motion. President Trump spoke about rebuilding America from the inside out this week, focusing on the benefits to agriculture.

Mike Steenhoek with the Soy Transportation Coalition attended the president’s speech in Cincinnati and reacted to his comments.

“Whether it is a Democrat or Republican president, the inland waterway system has received scarce attention over the years, it was very encouraging to see the president emphasize the system.”

Steenhoek believes the change in focus will be good for agriculture.

“It is going to be a challenge finding ways to access $200 billion for the government role and can you even leverage that to get private equity to provide another $800 billion to amount to that $1 trillion? I am in the perspective of I don’t want the perfect to be the enemy of the good.”

Steenhoek thinks it can be leveraged with additional dollars to lengthen and rebuilt locks on major rivers to facilitate larger and faster transits.