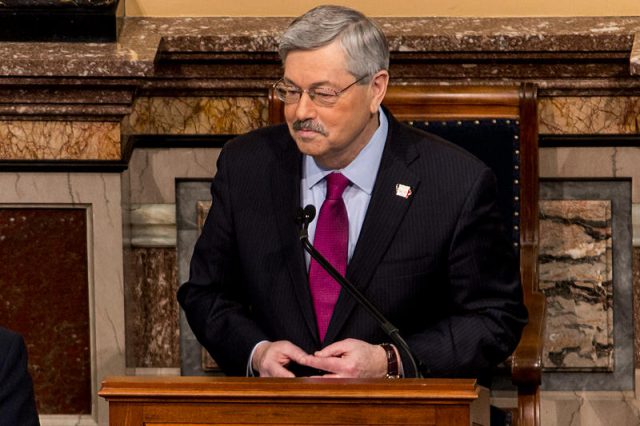 According to the Washington Post, if Branstad gets confirmed by the Senate, he would have his work cut out for him, smoothing over some of the ripples in Trump’s relationship with China.

Branstad would to reassure the Chinese the United States does not want confrontation and conflict, but still sees areas for cooperation.

The longest-serving governor in U.S. history, has extensive ties to China and a close friendship with the Chinese President Xi Jinping that goes back decades.

Two days before the election Trump hinted during his speech in Sioux City, Iowa at what was to come by saying “I think there’s nobody that knows more about trade than Branstad.” Trump continued by saying, “He’s one of the ones in dealing with China where he would be our prime candidate to take care of China.”

Iowa has strong economic ties to China. It is the largest producer of corn and among the largest soybean producers in the United States. China has been a fast-growing market for Iowa’s agriculture and processed food.

This reassures some people that Trump would not needlessly start a trade war with China, since retaliation from Beijing in the shape of reduced soybean and corn imports would not only hurt Iowa, but also other Republican-controlled agricultural states.

If Branstad accepts and is confirmed by the Senate, Republican Lt. Gov. Kim Reynolds would become Iowa’s first female governor. She would hold the position until Branstad’s term ends in January 2019.

Trump transition spokesman Jason Miller told the Washington Post, “Governor Branstad obviously is Iowa’s longest-serving governor, someone who has considerable public policy experience, but also someone who has a lot of experience and great grasp of trade issues, agriculture issues, has a tremendous understanding of China and Chinese people and is someone who very much impressed the president-elect.”

Miller said. “It’s very clear that Governor Branstad is someone who will represent our country well on the world stage, and we couldn’t be prouder of this selection.”