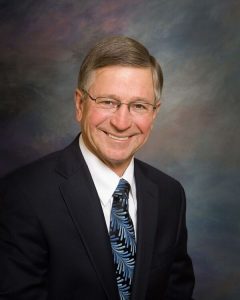 Paul Hill, of Ellsworth, Iowa, has been inducted into the Iowa Turkey Federation Hall of Fame at the annual Turkey Day Convention on December 7th in Des Moines, Iowa.

The Hill family began raising turkeys in 1947, and in 1957 the Hills started raising some of the first breeder turkeys in Iowa.

Paul attended college at St. Olaf where he obtained his degree in economics before doing mission work in Thailand, he also became a member of the National Guard at that time.
In 1967 he married Mary, and Paul returned to Ellsworth to raise crops, cattle and turkeys. He has processed turkeys with Land O’ Lakes, Thompson Industry, Bil Mar Foods, Sara Lee, Louis Rich, and now West Liberty Foods.

He also served as the Chairman of the U.S. Poultry and Egg Association. In 2008, as President of the National Turkey Federation, Paul presented President George W. Bush with the traditional Thanksgiving turkey.

The ITF Hall of Fame was started in 1999, “To identify and preserve the names and stories of the individuals responsible for establishing and fostering the betterment of the turkey industry in Iowa.”