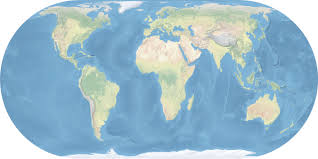 Last year, U.S. meat exports faced a number of headwinds including currency issues, low Australian beef prices and a mountain of EU pork available to export to a pork hungry Asia. But things look a little brighter in Asia this year.

Haggard says on the beef side, the big trends in north Asia are the rising domestic prices in two of biggest U.S. markets.

“That’s Japan and Korea so we’re going to see much larger beef import volumes this year simply because the domestic beef industry prices are in their down cycle right now. Prices have hit historically highs which have created this gap which is too much for consumers to take so we see a shift not only from much more expensive Australian beef to U.S. beef but even some U.S. beef being substituted for domestic beef.”

He says in Japan during the first quarter the yen was up and the export performance was weak but looks favorable the rest of this year.

“The Wagyu prices like Korea they are not up 30 percent like they are in Korea but they are up 15 to 20 percent which creates opportunity for us. Then you do have the situation with high Australian prices which is creating opportunities for us.”

Haggard adds there are record beef imports into China. But says the U.S. continues to sit on the sidelines.