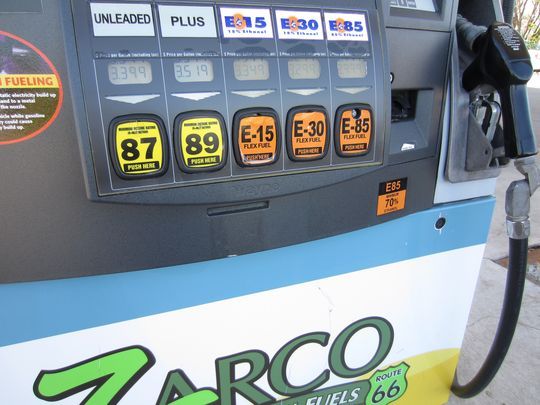 JOHNSTON, IOWA – When E10 first hit the market, Clarence, Iowa was one of five towns to introduce the new fuel at a local gas station. Nearly 40 years later, that same town is getting its first E15 refueling site.

“As a retailer in a heavy corn-producing state, we see renewable fuels as a way to give back to the community for supporting our business,” said Joshua Sundstrom, Sundstop owner

Last year, Iowa’s biofuels tax credits were thoroughly reviewed by the Iowa Legislature and renewed for seven years. The certainty that 7-year extension created enabled retailers like Sundstop to invest in the necessary infrastructure to offer higher blends of ethanol and biodiesel and make it possible for retailers to pass savings on to consumers.

“Today Iowa is leading the nation in the number of E15 stations and Iowa’s innovative biofuels tax credits have leveraged millions in private investment to make it possible for more than 100 retailers and counting to offer E15 to 2001 and newer vehicles,” Shaw said.