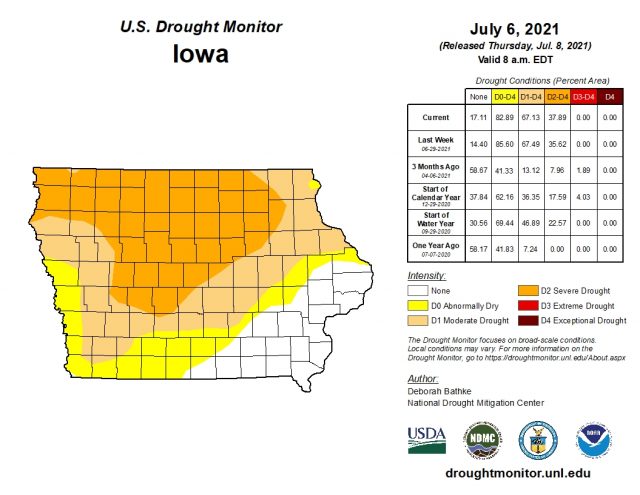 Dryness and drought continues in the same parts of Iowa as a week prior.

“This week’s Drought Monitor map was basically status quo,” said Glisan. “We had a few slight changes. Eastern Iowa saw some improvement given 2-4 inch rainfalls. We then had some degradation around Waterloo – a D2 expansion east where we’ve seen an island of dryness start to form over the last six months.”

“Surprisingly enough, given the dryness, corn and beans look pretty good,” said Glisan. “We’re seeing some tassels start to pop out. Tasseling and pollination we expect in July. We have had some hail events that defoliated soybeans fields.”

The latest U.S. Drought Monitor can be viewed here.