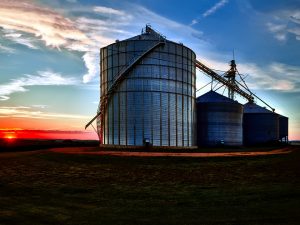 Iowa Secretary of Agriculture Bill Northey highlighted some of the top ag issues in Iowa in 2016.

“Iowa farmers saw record production for both corn and soybeans again in 2016, however low prices are making profitability a real challenge on both the crop and livestock side.  Despite the economic challenges, farmers are by nature optimistic and we continue to see investments in the future and new and innovative technologies that will allow them to be even more productive while also reducing environmental impact,” Northey said.

Much of Iowa had a nearly ideal growing season that saw Iowa farmers produce record corn and soybean crops again this year.

Iowa corn production is forecast at 2.69 billion bushels according to the latest USDA, National Agricultural Statistics Service Crop Production report. This surpasses last year’s record of 2.51 billion bushels. The statewide average yield is expected to be a record setting 199.0 bushels per acre, 7.0 bushels per acre higher than the previous record that was set last year.

Soybean production is forecast at 561 million bushels for Iowa. If realized, this will be the largest crop on record, 6.80 million bushels above last year’s record high. The statewide yield forecast is 59.0 bushels per acre, 2.5 bushels more than the previous record set last year.

However, the significant drop in crop prices over the past few years has made it a very challenging time on the farm economically as in many cases current prices are below the cost of production for farmers.  Average statewide corn prices fell from $3.37 to $3.008 from November 2015 to Nov. 2016.  Statewide average soybean prices have recovered somewhat from $8.14 to $9.25 from Nov. 2015 to Nov. 2016, but in many cases are still below the cost of production.

The tighter margins seen on the farm are starting to ripple through the economy.  Land prices are down 5.9 percent over the past year.  There have been several announcements of layoffs and mergers by manufactures, machinery providers, seed companies, and other business that serve the agriculture industry.

Despite the challenges, opportunities remain.  In general, exports remain strong.  Agricultural exports account for 10% of the U.S. exports and supports nearly one million jobs across the country.

To help continue to grow exports, Northey participated in trade missions with the Iowa Economic Development Authority and USDA to the Dominican Republic, Costa Rica, Ukraine and Romania.

The Iowa Department of Agriculture and Land Stewardship is continuing to expand efforts to work with all Iowans to make water quality improvements.

Earlier this year Northey announced that 1,900 farmers committed $3.8 million in cost share funds to install nutrient reduction practices in 97 counties in Iowa.  Eligible practices include cover crops, no-till or strip till, or using a nitrification inhibitor when applying fall fertilizer. Participants include 900 first-time participants and more than 1,000 past users that are trying cover crops again and receive a reduced cost share rate.

There are also currently 45 existing demonstration projects located across the state to help implement and demonstrate water quality practices through the initiative.  This includes 16 targeted watershed projects, 7 projects focused on expanding the use and innovative delivery of water quality practices and 22 urban water quality demonstration projects.  More than 100 organizations are participating in these projects.  These partners will provide $19.31 million dollars to go with over $12 million in state funding going to these projects.

Nearly $350 million in state and federal funds have been directed to programs with water quality benefits in Iowa last year. This total does not include the cost share amount that farmers pay to match state and federal programs and funds spent to build practices built without government assistance.

Through the “Fueling our Future 100” initiative, Iowa Gov. Terry Branstad, Lt. Gov. Kim Reynolds and Northey have announced that 217 blender pumps and 18 underground storage tanks will be installed at 70 sites by 17 companies to provide consumers with access to higher blends of ethanol.

The funding for the projects is from a $5 million competitive grant from the United States Department of Agriculture (USDA) Biofuel Infrastructure Partnership (BIP) program Iowa received to support the initiative.  All funds must be matched by non-federal funds, including up to $2.5 million from the Iowa Renewable Fuels Infrastructure program.  The fueling sites applying for assistance will also be required to provide a minimum of $2.5 million.

“Thanks to the investments made by the state, the federal government and by these companies, customers will have greater access to higher blends of renewable fuels. This will increase consumer choice at the pump and allow them to increase the amount of clean burning, homegrown renewable fuels they use,” Northey said.  “The ‘Fueling our Future 100’ initiative, along with the EPA’s recent announcement of the RFS levels for next year, is good news for customers, the renewable fuels industry and our energy independence.”

In November, Northey completed his 10th 99 county tour of Iowa.  Northey has visited each of Iowa’s 99 counties every year since taking office in 2007.

“Visiting each county every year has been enjoyable and invaluable for me to better understand the diversity and scale of Iowa agriculture and also the passion and commitment of our state’s farmers.  Getting out to our rural communities; visiting farms, businesses, schools and community meetings; and listening to a wide variety of Iowans is important for all elected officials as we seek to serve the people of our great state,” Northey said.