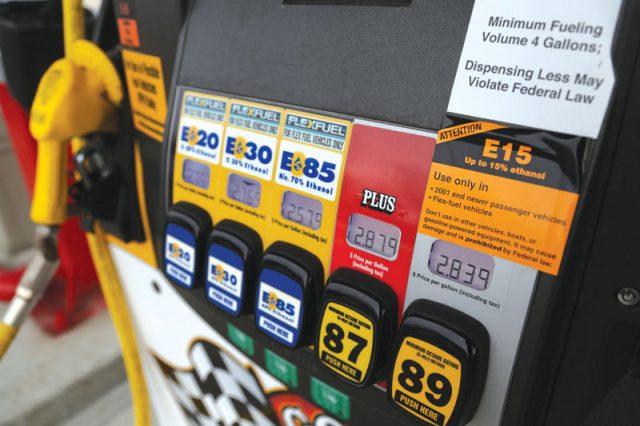 The American Petroleum Institute released a new poll Friday. It suggests 68 percent of registered voters worry about the government requiring increased amounts of ethanol in gas under the RFS.

“Poll results show 74 percent agree federal regulations would contribute to increased cost at the pump, 68 percent of registered voters are concerned about the government requiring increased amounts of ethanol in gas, and 70 percent also think the use of more corn for ethanol could increase food prices.”

The Renewable Fuels Association is pushing back. They say repeating the same tired, skewed results doesn’t make it true. Geoff Cooper is.

“The RFS is our market access tool. It is our way into that market. It guarantees consumers will have access to cleaner fuels that are often lower priced, so we need that program to continue to ensure we are able to reach consumers. If we ever reach the day where we truly have an open and free market, we feel pretty good competing head to head with other fuel sources,” Senior Vice President of the Renewable Fuels Association, Geoff Cooper says.

“Consumers all across our country are seeing the benefits of the RFS, whether it’s cleaner air, a reduction in our dependence on petroleum or a boost to local economies,” RFA President and CEO Bob Dinneen says.

API’s survey was conducted on March 23-27, 2017, by Harris Poll on behalf of the among 1000 registered voters across the U.S. Sampling error was plus or minus three percent.