The campaign will use grassroots supporters and leaders to urge 2016 presidential candidates to end hunger, lower poverty, and create opportunity.

Lisa Davis is with Feeding A 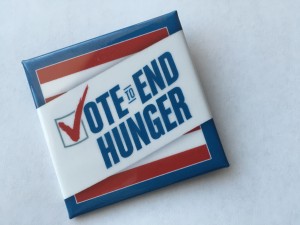 merica, which is one of seven non-profit organizations supporting “Vote to End Hunger”.

She hopes since most Iowans interact with the candidates first, they will get the ball rolling.

“The state of Iowa has a very unique role in presidential politics and someone mentioned that candidates are dropping by for dinner. Most Iowans encounter them everywhere they go and so if they’re hearing about hunger and being asked what policies they will enact if elected president to end hunger, they will start talking about it more and it will kick a greater debate for our nation as the primary season runs on,” Davis said.

Davis adds most people often think hunger is an urban issue when really it impacts everyone.