Home Whitney's Witness My Plans VS The Master’s Plans

Many are the plans in a person’s heart, but it is the Lord’s purpose that prevails. 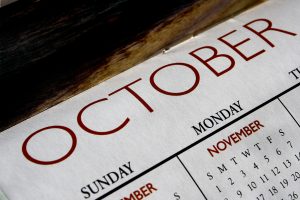 I am probably as Type A personality as it gets. I love structure, schedules, consistency, and planning. This can be a very great quality because my husband probably needed a little help in the schedules and planning department. However, I have found this to be a pretty bad quality when it comes to following Jesus.

I like things going according to my plans, but God always has things go according to His. Recently, that truth had me somewhat frustrated.

It reminds me of a couple guys who had plans to bring fish home for their wives the night they decided to up and leave, and follow Jesus. I am sure there was a chalkboard in the kitchen of what was going to be for dinner, they had their Thursday night show DVR’d, and they already had the book they were going to pick out to read to the little ones before bed.

Instead, Jesus came and wrecked all of the plans they had made for that day, that week, and for the rest of their lives. Who were these men? The Disciples! These were the men that got to witness first hand all of the miracles Jesus performed. They got to pray over him, see him raise the dead to life, heal the sick, defend the people that made no sense, and see him in person once he rose from the grave.

Friends, that is so much better than sitting at home, and sticking to the schedule that you have planned for tomorrow. Sometimes, (ok all the time) I have to remind my heart that I would rather have my plans flipped upside down and be the hands and feet of Jesus. I want to be in the front row of what he is doing. Which means, there isn’t much room for my schedule.

The older I get the harder it is to surrender my plans, my wishes, and my dreams to the Lord. However, I can say that every time I have, He has taken me on a much better path than I had planned on taking. I am thankful for God’s perfect timing, even if it doesn’t seem so perfect to me at the moment. Have you allowed God’s schedule to intervene on yours? Today, be willing to give up some of your planning and surrender to the master planner. Because the disciples left their scheduled lives they got the opportunity to participate in the living story of Jesus. I want that!

Prayer: God, intervene on my plans. I want to be apart of your story on this earth. Thank you that your plans are good and are not to harm me. In your name I pray, Amen!