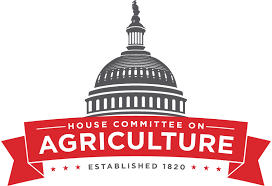 We have new leadership on the House Ag Committee in the next Congress. Both Democrats and Republicans picked their new leadership to replace Chairman Collin Peterson (D-MN 7th) who was defeated in the elections,  and Ranking Member Congressman Michael Conaway (R-TX 11th) who decided not to seek reelection in 2020.

“Congratulations to David Scott on his election as the next Chairman of the House Agriculture Committee and as the first African-American to serve in that role,” said Peterson.  “He will make a great Chairman, and I’m proud to pass the reins to him.”

“As a long-time House Ag member and leader, David knows very well the impact the Committee’s work has on the lives of farmers, ranchers, rural residents, and consumers in communities across the country. I’m confident we’re all in good and capable hands.”

On the Republican side, the full House Republican Conference ratified committee ranking members for the upcoming 117th Congress. Pennsylvania Representative Glenn “G.T.” Thompson is now the ranking member on the House Agriculture Committee. House Minority Leader Kevin McCarthy says, “Congressman Thompson is ready to lead his colleagues on an issue he knows best. He comes from a family of dairy farmers, and has lived in rural Pennsylvania his whole life, so he understands what needs to get done to take American agriculture to the next level.”

Thompson, who replaces the retiring Michael Conaway, says, “The challenges ahead of us are considerable, but we will continue to put farm families first.” The National Cattlemen’s Beef Association’s Vice President of Government Affairs Ethan Lane issued a statement praising the vote by the Republican Steering Committee. “Cattle producers in Pennsylvania and across the country are well represented by Congressman Thompson,” Lane says. “From his long-standing track record of bipartisan legislative victories to his work mentoring the next generation of agriculture leaders, ‘GT’ does it all.” Lane also says that the Pennsylvania Republican is an “exemplary choice” to guide the committee for years to come, and they are excited to work with him and his team in the next Congress.

Outgoing Chairman Peterson also had good words to say about the Republican pick: “I also want to congratulate Congressman GT Thompson on his election as the House Agriculture Committee Ranking Member.  I have had the pleasure of working with GT on dairy and conservation issues, and I know he and David Scott will make a great team to lead the Committee in the 117th Congress.”

Both picks have received congratulations from several Ag groups.