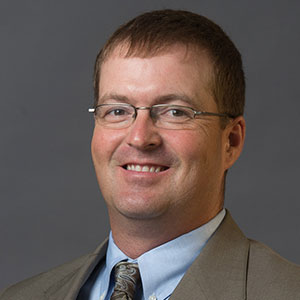 One of two Iowa Soybean Association (ISA) District 7 directors were in attendance for Representative Cindy Axne’s speech at Southwest Iowa Renewable Energy on Wednesday. Jeff Jorgenson, farmer and former ISA board member, spoke alongside the Representative in support of an investigation into the Environmental Protection Agency’s (EPA) recent Small Refinery Exemption (SRE) waivers.

ISA District 7 director Jeff Jorgenson covered the Southwest Iowa Renewable Energy’s concerns as they relate to the release of the SRE waivers.

“The fear is no different than what other plants are dealing with across the country. They just don’t know the future of where we’re at with ethanol with these waivers. If they get put in that easy, where are we at with the ethanol industry. We gotta keep these plants running to move some crops. We’re having trouble internationally moving our crops. When we even have more trouble with our domestic usage, it’s pretty detrimental to agriculture,” said Jorgenson.

Hopes for resolving the SRE issues were presented by Jeff.

“The biodiesel tax credit put in place when they come back in September will at least get it on the floor so we can get some votes on it. Then on the soybean side, we’ve lost so many soybean exports. We’re sitting on a stockpile that we have to move. I think that [stockpile] has a possibility of actually helping. On the ethanol side, I know that it’s obviously been brought to attention with the Administration at the White House. As for the waivers, and where some of them are going and the expansion on those, hopefully we can limit some of those. The law states that those gallons have to be reallocated. That’s probably the biggest thing we need to push on–getting those gallons reallocated so they still get used in the system,” shared the director.

Jorgenson said, through the SRE dispute, we each have an opportunity and responsibility to make a difference for the betterment of agriculture as a whole.

“Making those contacts and sending some emails to any of the Representatives that they might have is gonna be beneficial. We have a lot of factors that are going on. We have the Small Refinery Exemptions, we have biodiesel tax credit, we have the United States-Mexico-Canada trade situation; we’ve got some things that we’ve gotta get put on the table so we can get rid of the [issues with] neighboring export countries and domestically what we have going on. It’s going to get to critical time here soon,” shared Jeff.