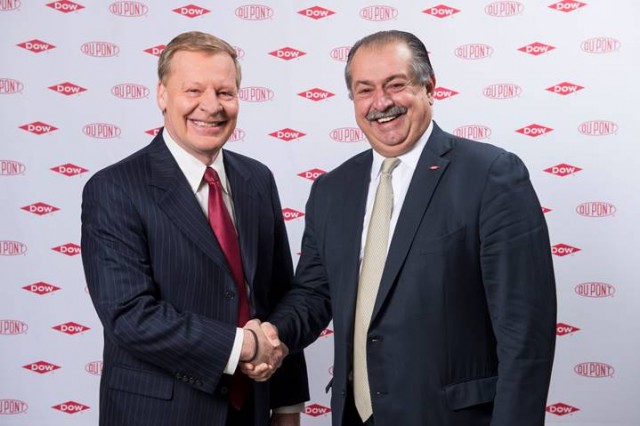 Iowa may have lost the bid for the Dow-DuPont headquarters location but still got a slice of the pie.

“Making the case to the company why Iowa should be the location for this Global Business Center for seed and biotechnology that will serve us well into the future. It was a good day for Iowa and I think when you see this decision three years from now and we have the vantage point of looking back on this we are going to see what a really good day this was,” Durham says.

Johnston Mayor Paula Dierenfeld says in the short term there will be a shakeup at DuPont Pioneer as Dow-DuPont puts the merger in place.

“Right now we have about 2,600 employees at the Pioneer facility again we may lose some more in the shakeup. But over the next three to five years because we are the Global Business Center for the see and biotech and that’s where their research activities will occur, we see those jobs growing,” Dierenfeld says.

“Friday’s news is certainly disappointing for our state and also difficult, particularly for the hard working Iowans who were laid off and their families,” Ernst says.

“The proposed DuPont-Dow merger left Iowans wondering about the future of an iconic Iowa company.  Friday’s announcement may not be what we had hoped, but it underscores the value of Pioneer’s outstanding employees and innovative research and development,” Grassley says.

“We are proud that DowDuPont’s leadership has selected Iowa as its Global Business Center for its newly formed agriculture company,” Governor Terry Branstad says.

David Geiger contributed to this report.