Home 5 Ag Stories Indiana Has Inside Track on USDA Secretary

There has been a lot of speculation as to who will head the US Department of Agriculture in the Trump Administration. No names are yet coming to the front so I’m going to speculate on the likelihood of an Indiana farmer, farm leader or state government official being tapped for at least one of the top jobs.

The decision may well be made by Vice President-elect, Mike Pence, former governor of Indiana. Pence is well versed in agriculture and has had more than a passing acquaintance with three men who I would put on the short list for Secretary of Agriculture

Chuck Connor is an Indiana native and a former U.S. Senate staff member, working for Richard Luger. Connor is the most knowledgeable “outsider” who could quickly bring together a team to lead USDA. He served as Undersecretary of Agriculture and Interim Secretary in the Bush Administration and would have become Secretary in his own right, except for friction between the Bush White House and Senator Luger. He is now head of the National Council of Farmer Cooperatives in Washington, D.C. and has the explosives under his chair to shoot him directly to Independence Avenue.

Don Vilwock is the retired president of Indiana Farm Bureau. He positioned his last term so that he could run for National Farm Bureau President in early 2016. He was beaten by Zippy Duval, from Georgia, primarily due to more members and power in the Southeast than in the Midwest. Vilwock is extremely likable and very much a “can do” leader. He would be the first farmer to head USDA in a long time but has credentials that go much farther than just knowing cows, sows and corn.

Ted McKinney is director of the Indiana State Department of Agriculture. He was named to the job by Governor Mike Pence. McKinney has a lot going for him in the areas of corporate knowledge, biotechnology and heritage. He is an Indiana native and joined the agricultural division of Eli Lilly in 1981. He became director of Global Corporate Affairs before departing and heading up the Council for Biotechnology Information. He then moved to Dow AgroSciences and re-established himself as head of Global Corporate Affairs.

Ted McKinney was sworn in as director of the Indiana State Department of Agriculture on January 7, 2014, by Governor Mike Pence. With more than 25 years of agriculture leadership experience, Director McKinney brings extensive knowledge and an understanding of Indiana and global agriculture to ISDA. Prior to joining ISDA, he was Director of Global Corporate Affairs for Elanco Animal Health, a subsidiary of Eli Lilly and Company.

Director McKinney grew up on a family grain and livestock farm in Tipton, Indiana. He began his career in 1981 when he joined the Agricultural Chemicals business of Elanco Products Company, later moving to the parent company, Lilly. In 1990, he joined Dow AgroSciences where he spent nearly 20 years in a variety of Corporate Affairs responsibilities. In 2009, he returned to Elanco in Global Corporate Affairs. During his Dow AgroSciences tenure, he took leave in 2000 to serve as co-founder and Interim Executive Director for the Council for Biotechnology Information, a public information program sponsored by a consortium of companies involved with the development of crop biotechnology. He couldn’t be more wired to FFA, State Departments of Agriculture and Mike Pence.

There are other well qualified candidates that have been suggested but there is an old story of Kansas Senator Bob Dole sitting down with president-elect Ronald Reagan to talk about appointing the right person as U.S. Secretary of Agriculture. Dole, as the story goes, took out a map of the country and put an X on the state of every named cabinet officer. The map clearly showed both coasts and the south were covered. Dole insisted to Reagan that the Agriculture Secretary had to come out of the middle of the country. Reagan agreed and Dole put forth the name of John Block from Illinois. The rest is history.

In the case of Donald Trump, he spent a lot of time in Iowa but he left without knowing much about agriculture. Trump made friends with Governor Branstad, Ag Secretary Bill Northey and Board of Regents President, Bruce Rastetter who all backed him early. I don’t think he will step in to pick one of them when Pence is heading up the transition and so closely aligned with the three men mentioned above.

There are always politics and “deals” but I expect the Agriculture job will go to a Midwesterner and likely one from the VP’s home state of Indiana. 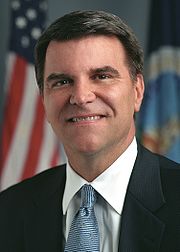 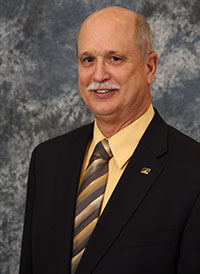 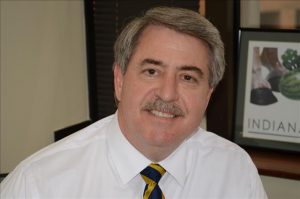