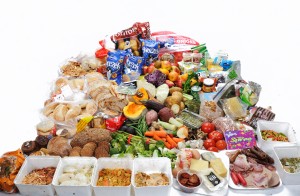 A blog by the Washington Post says if President-elect Donald Trump pursues a major crackdown on illegal immigration, prices of some fruits and vegetables may soar higher.

Trump has promised a crackdown on the 11 million undocumented immigrants in the United States.

However, a deportation effort would take workers away from agriculture. Undocumented workers account for 67% of people harvesting fruit and 61% of all employees on vegetable farms, and as many as half of all workers picking crops.

Agricultural economists say any interruption in the workforce would ripple throughout the food system.

Some of the effects feared include farm bankruptcies, labor shortages and high priced food items.

The Washington Post even ponders that a crackdown on immigration could lead to more food imports from other nations, undermining Trump’s effort to boost American industry.

Still, farm labor accounts for only a small share of most foods, about 1.6 cents of every dollar on average.