For whom the LORD loves He reproves, Even as a father corrects the son in whom he delights. -Proverbs 3:12 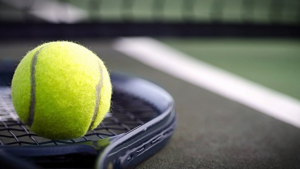 This week, my husband and I have really been working on doing an activity outside every night to stay healthy and fit.

The other night, our activity was tennis. I am horrible at tennis, I have only played twice, and that’s counting this week.

Harold on the other hand, is not horrible at anything and it’s incredibly annoying.

He can pick something up and know exactly how to do it, and do it well.

When we first began playing, he would serve to me and I would miss, or if I did hit the ball, it would end up clear on another court. It was truly an awful scene.

I began to get so frustrated. At one point I told him I was done because I was sick of being told that everything I was doing wasn’t working.

After a whole bunch of critics and correction, eye rolls, and huffing and puffing, I began listening to what he was explaining to me.

Eventually, not only was I hitting the ball, serving it within bounds, but we could actually play a game, and I was not completely horrible.

As I walked away from the tennis courts that night, I knew that Harold’s correction wasn’t him trying to be a jerk, but to show me the best way. The way I was playing, wasn’t working, and it was his job to let me know.

Isn’t this true in our spiritual life? We hate correction. We hate being told that the way that we’re doing things isn’t working.

Why would we want to continue on doing things that aren’t working when there is a better way?

Trust me, I hate correction, but it’s amazing what happens when we finally quit being stubborn and listen to the Holy correction from the people God has placed in front of us.

Prayer: “God, thank you for the correction. Thank you for the people in my life that can call me out and show me when things aren’t working. Help me to be a person who handles correction well. In your name I pray, Amen.”