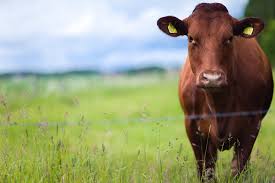 The comment period on proposed Grain Inspection, Packers, and Stockyards Administration rules is now open and runs for 60 days.

The aim of the proposed rules is to protect poultry and livestock producers. The controversial rules would make it easier for producers to sue livestock companies and much harder for meat companies to cancel contracts with farmers.

The rules would also give the U.S. Department of Ag more power to punish companies that have a track record of abuse. Politico’s Morning Agriculture Report says the changes are designed to improve a system that the Obama Administration and some farm groups say has given meat companies the power to keep farmers in debt and destroy the livelihood of those who speak out against them.

Meat and poultry groups across the country have called it the latest regulatory overreach for the Obama Administration.

The National Pork Producers Council says the rules are an attack on rural America for playing a large part in helping Donald Trump get elected to the White House.”