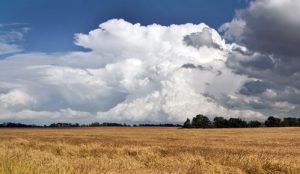 2017 has been a year for odd weather occurrences in the plains states. In early March Wildfires devastated grassland, ranches, and livestock.

Now, at the beginning of May, a blizzard stretching from the Oklahoma Panhandle all the way to Nebraska again devastated infrastructure and livestock herds.

A Kansas Senator and Veterinarian gives a summary of the events and what the livestock industry is facing now.

Pat Roberts was first elected to serve Kansan’s in 1980. He was chairman of the House of Representatives Agriculture Committee in the mid 1990’s.

He became a U.S. Senator in 1998 and is now the Chairman of the Senate Agriculture Committee.

He spoke to farm broadcasters in Washington this week about the devastation caused by fires and a late winter blizzard.

“I don’t know what we have done to mother nature. First you have a prairie fire that’s the largest in history of the state of Kansas on non-federal land. That was really grim, but the response from all over the country in terms of help, the attitude of farmers and ranchers are incredible,” Roberts said.

Roberts estimated crop loss is upwards of about one third of Kansas crop.

Roberts explained that the tough times indicate the tremendous value of crop insurance. “It’s the number one issue that people bring up during our farm hearings. Safe, protect, and improve crop insurance. We get the message, and we will do exactly that,” Roberts stated.

Kansas Veterinarian Dr. Marc Olson has been closely working with producers following the storm and seeing the grim reality of what a blizzard is capable of.

“There has definitely been more than average loss, especially some of the confined area. We got cows that are calving, that lost calves right through the storm. We got cow-calf pairs that have been processed and put on grass and some of those got out. The next 3-7 days after a storm is really when you want to pay attention to the cows and calves.”