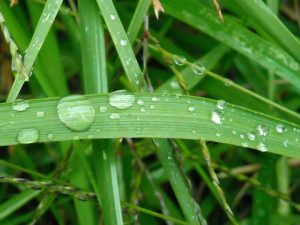 As we wrap up the year, Radio Oklahoma Network Farm Director Ron Hays reached out to Bryce Anderson, DTN ag meteorologist, to get a feel for what weather patterns we can expect to see as we transition into the new year. Anderson says he expects the dry conditions we’ve experience in this part of the country as of late will continue throughout the winter.

“Right now, most of the Southern Plains has had only between 10-50 percent the normal precips since the first of October when the water year begins,” Anderson said. “For the balance of the season, I think we’re going to have a little bit of a problem in terms of bringing in much moisture into the region.”According to Anderson, the storms systems that have developed off a rather neutral Pacific, have simply been moving too fast to actually draw enough moisture in to create any beneficial rains.“We’ve had a ripple effect from a weak La Nina that formed in the Pacific,” Anderson said. “That sort of set the stage for the air currents to get in the way of moisture to form over the Southern Plains.”

Most people expected a strong La Nina to come into play after we came off what was a fairly strong El Nino. This simply has not happened. But it has happened before says Anderson.“This overall year actually acted much like 1998 and that was a year following another very strong El Nino here about 20 years. The overall crop production was large. This was a very good production year and that is similar to 1998.”In our current situation though, Anderson says he hopes to see more storm formations coming out of the Pacific Northwest and then the atmosphere calm down enough to allow some precipitation into the region. If all the factors fall into place as he sees them shaping up, Anderson says there is hope that these dry conditions will ease up as we finish out the season.