According to EIA data, ethanol production averaged 975,000 barrels per day (b/d)—or 40.95 million gallons daily. That is up 6,000 b/d from the week before. The four-week average for ethanol production stood at 966,000 b/d for an annualized rate of 14.81 billion gallons. Stocks of ethanol stood at 23.2 million barrels. That is a 1.1% increase from last week and the largest total EIA has ever recorded. Imports of ethanol were zero b/d for the ninth straight week.
Gasoline demand for the week averaged 386.5 million gallons (9.203 million barrels) daily, the highest of the year and a 4.5% increase over year-ago levels. Refiner/blender input of ethanol averaged 878,000 b/d, also the highest of the year.
Expressed as a percentage of daily gasoline demand, daily ethanol production was 10.59%, the lowest ratio of the year. 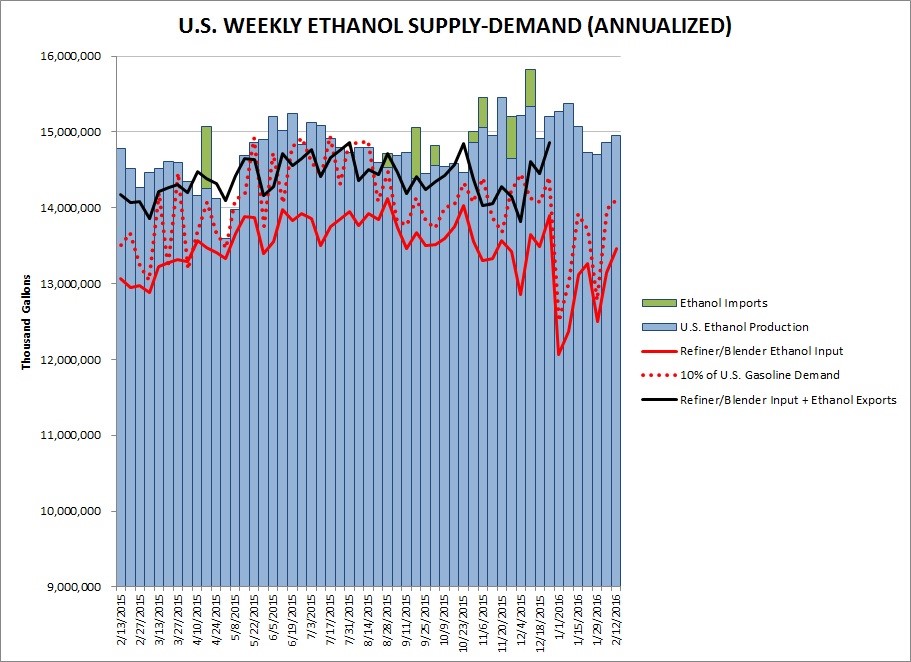