Home Whitney's Witness Crawl Out of Your Pit

But love your enemies, do good for them, and lend to them without expecting to get anything back. Then your reward will be great, and you will be children of the Most High, because he is kind to the ungrateful and wicked. -Luke 6:35 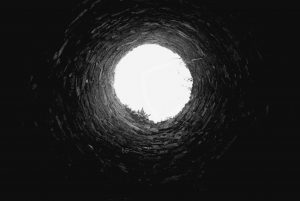 One of the shows I enjoyed watching years ago had an analogy that explained that everyone has someone they would want to throw in a pit and leave there. It showed each of the main characters looking into the pit at the person they would have thrown in. One had a professor, the other had an ex boyfriend, one had a friend, and so on.

Can you think of someone who you can’t stand? Someone that if you’re heading face to face with in a hall you will try to think of a way to dodge the situation? Someone who every time you hear their name you cringe a little? Unfortunately, I’ve been there. Now, I don’t walk around making enemies. Honestly, I love people. However, there is a couple people if given the chance I would most certainly ignore being stuck in a hallway or room with.

You may feel like you could throw a certain someone in a pit, and leave them there without ever looking back. I’m sorry that person hurt you.

Just like whatever that person did to you was wrong, so is throwing someone in a pit and leaving them. Now, this show is not christian and far from Biblical teaching. However, I do believe that this analogy can be spiritually enlightening and challenging. At the end of the show it has the main characters looking into the pit, instead of seeing the person they had “thrown in” they see themselves sitting at the bottom of the pit instead. Since watching, there was something about this episode I could not shake. Sometimes, we think we are putting others in the hole, we think we are hurting them, punishing them for their wrongs. In reality, we are throwing ourselves in the pit, we are punishing, and hurting ourselves instead.

Prayer: God, please help me to love my enemies. I realize that not loving them hurts me more than it could ever hurt them. Teach me to love others the way that you do. In your name I pray, Amen.