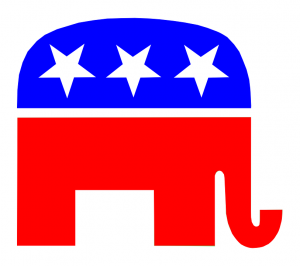 The Next Congress is making plans to Ride Hard and Rein in Government over reach, while the new president has his own rope ready throw. Don’t miss the rodeo starting on January 21.

Threats and promises are coming fast from members of Congress. They don’t totally parallel those of President Elect Trump, but they are all riding for the Republican brand so they are generally going the same direction.

Paul Ryan, Speaker of the House used agriculture as an example of needing relief during a CBS 60 Minutes interview this weekend. He called regulatory relief his second priority, following a plan to repeal Obamacare. Ryan says he wants to have “smarter regulations” that can help grow jobs. He says: “We want to have good stewardship and conservation of the environment and economic growth.”

For agriculture groups, the first priority when it comes to regulations is the Waters of the U.S. rule proposed by the Environmental Protection Agency. Ryan’s comments put House leadership in line with President-elect Donald Trump

House Majority Leader, Kevin McCarthy from California, is trying to stay out of a trade war as PE Trump keeps threatening U.S. Companies that send jobs overseas and expect to send products back to the U.S. McCarthy says tax reform is “a better way of solving the problem than getting into a trade war with a 35 percent tariff”

McCarthy also gave a preview of the House’s early priorities in January when the 115th Congress convenes. One of the first bills that would be passed is the REINS Act, short for the Regulations from the Executive in Need of Scrutiny Act, which would require an up-or-down vote by both the House and Senate before any new rule can take effect that would have an annual economic impact of $100 million or more.

No mention of repealing Executive Orders made by President Obama.

McCarthy also expects Congress to act quickly on a fiscal 2017 budget, which would set the blueprint for funding the remainder of the fiscal year, which started Oct. 1.