by Ken Root & Ron Hayes from the Rural Oklahoma Network

The latest monthly USDA Cattle on Feed report was released on Friday afternoon, and one of the leading Land Grant Livestock Market Economists in cattle country says the report came in very close to what was being expected based on pre-report guesses. Oklahoma State University Extension Beef Economist Dr. Derrell Peel, gave initial reaction to the numbers in the report- overall, he saw no surprises.

“I’m actually very confident that we’re in better shape and feel more comfortable with the feedlot situation,” Peel said, “because we are more current, we’re sort of leaner and meaner compared to what we were, not only last year especially, but even really the last two or three years.”

Dr. Peel summarized the report saying that across the board it was all well anticipated and he felt as though no major surprises came out with the report, noting that marketing’s were right where they were expected to be down one percent, and placements slightly higher than the average guess, at up two percent.

Comparing the report to the last three or four, Peel spotted a few trends. He says the industry is continuing year-over-year increases in placements which he says is well-known and will continue to happen for the foreseeable future. He noted that marketing continues to be aggressive, so feedlot inventories are not building very fast.

Looking deeper into the report, Peel says the numbers tell us that feedlots have no interest right now in owning lightweights, citing that the 700-800 lb. category was up indicating that feeder cattle markets are staying current. He also suggests that the Southern Plains currently is rebuilding faster than the Northern Plains.

Finally, Peel says that carcass weight data indicates that the predicted seasonal increase for this fall is happening, but numbers show they are already behind year ago levels for steers, heifers and overall cattle carcass weights.

As far as strategies go for each sector, Peel says there really isn’t much that needs to change but recognizes that there is a lot of opportunity currently. For cow/calf producers, he emphasizes managing costs, and stocker cattle, he says, have opportunities in backgrounding. 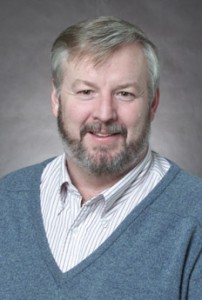