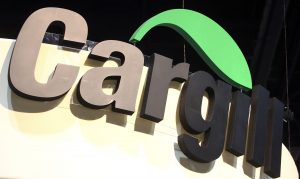 Cargill has announced it will exit from its U.S. cattle feeding business.

The move means that in the last year, the company has gone for the fourth-largest feeder in the U.S., to completely leaving the sector.

Cargill has reached an agreement to sell its last two feed yards to Green Plains Inc., which will purchase the feed yards for $36.7 million.

Cargill’s withdrawal from the feeding business highlights a change in priorities at the company, which says it is the world’s largest supplier of ground beef, according to Reuters.

Cargill is seeking to expand its North America-based protein business by exploring plant-based protein, fish and insects, along with other opportunities linked to livestock and poultry.

The Green Plains Cattle Company, a subsidiary of the ethanol producer Green Plains Inc, will supply cattle to Cargill for processing through a multi-year agreement, according to the companies.