Home Whitney's Witness Are you a Lightning Bug or a Moth?

In the same way, let your light shine before others, that they may see your good deeds and glorify your Father in heaven. -Matthew 5:16 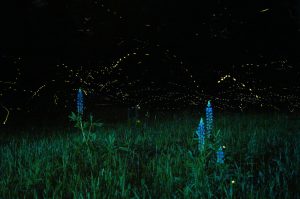 It was the summer before we were too be married, I was driving home after a night of getting to see him for a few hours. At the time we were only 45 minutes away from each other. As I was driving lightning bugs kept hitting my windshield. They were dead, but their light on their tale end continued to shine for a few minutes, even though they were long gone. This continued to happen over and over. When a moth hit my windshield it died. There was not any remembering it once it splattered onto my car. That was it. I continued to drive and didn’t give the creature another thought.

Then, God spoke to me. Some people die and are far from being remembered. Once they die, that’s it. There is nothing to take away from their life, or their death. Others, have glowed their whole life, and then continue to glow after they are dead. There are people who live a legacy, proclaiming the good news in their life. There are others, that leave nothing behind but a dead body. It hit me. Do I glow? Christians in the Bible are referred to being a city on a hill, a light. Scripture says to let your light shine before men so that all may see your Father in heaven.

Are you a lightning bug or a moth? Do you glow? Would you glow if you died today? I challenge you today to be a light in the darkness of the world. Be different. Be uncommon. Light up this world for Jesus!

Prayer: God, thank you that bugs can be a gentle reminder to me about living for you. I pray that I be a light everywhere I go. Help me to live a legacy that points to you. In your name I pray, Amen!