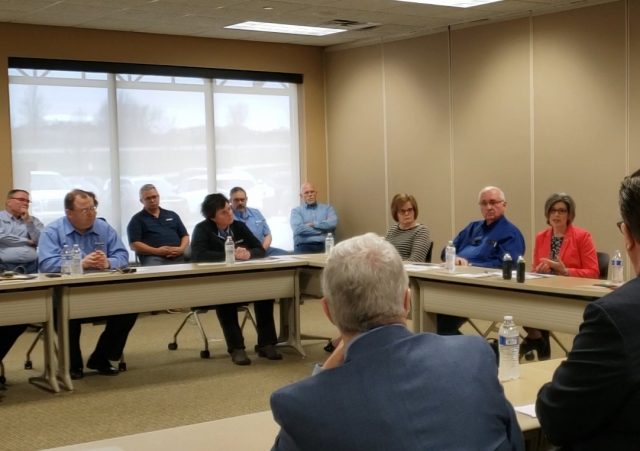 Senator Joni Ernst led the roundtable discussion, hosted by Tariffs Hurt the Heartland and the Association of Equipment Manufacturers. She started by providing remarks on the U.S.-Mexico-Canada Agreement (USMCA).

“We have a number of initiatives moving through Congress now. First and foremost, the USMCA. It is imperative we get (this) done soon,” Senator Ernst said. “It has to come from the House because it is considered a revenue bill. The House will start it in their Ways & Means Committee (and) hopefully have plenty of support to move it through and pass it onto the Senate.”

Senator Ernst believes the USMCA has enough support to pass through Congress. However, more work needs to be done following ratification.

“Tariffs are an issue needing to be addressed. The President said once we have deals in place, we should be able to remove tariffs. I agree. Let’s get these done and get rid of tariffs,” Senator Ernst said. “What we’re seeing is a lot of one-off deals with pork and soybeans by China. That’s great in the short-term, but we need a long-term solution.”

“It is of significant interest that we get these trade deals done. I think the USMCA will be completed in this Congress. It’s not only imperative for economics but politically. The President wants to see this done,” Senator Ernst said.