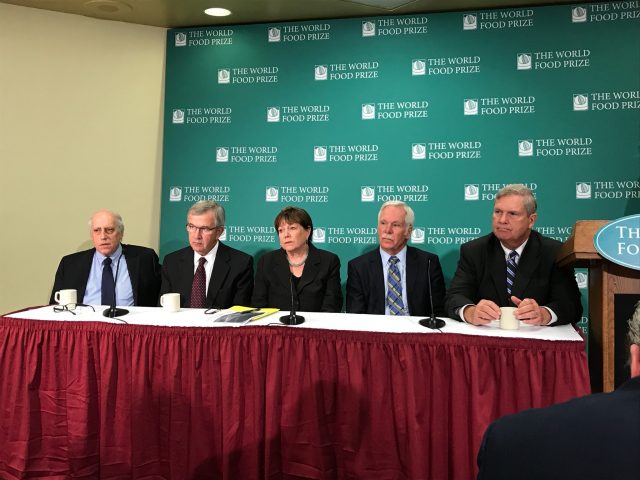 “In the next 10 or 20 years, farmers are going to be producing differently than they use too. Its not going to be just mono-crop agriculture like in my state. Farmers are going to be able to produce a lot of fruits and vegetables, in addition to row crops. That’s going to change distribution patterns in the United States,” Glickman said.

However, Secretary Schafer believes the fight against hunger goes beyond distribution.

“A billion people in the world are undernourished and five-million kids in the world die each year because they don’t have enough to eat,” Schafer said. “American agriculture provides enough nutrition, over 3,000 calories per person, per day, to keep people nourished. Yet, we don’t get it done. It’s not a production issue. It’s a policy issue, directional issue.”

“People from North Dakota are involved in farm organization. They get national chairs in those organizations and influence policy on agriculture. The individual farmer needs to create, be involved and seek positions in which they have an opportunity to influence agricultural affairs,” Schafer said.

There was no comment from former Ag Secretary Tom Vilsack because he had to catch a plane.