Home 5 Ag Stories 40 Percent of California Out of Drought 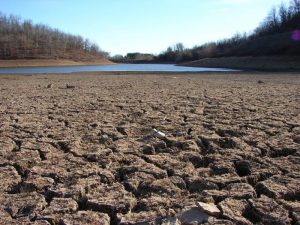 Federal drought watchers said this week that more than 40 percent of California is out of drought.

This announcement comes after powerful storms sent people in the northern areas fleeing from flooding rivers and doubling snow-pack in the Sierra Nevada’s in a little more than a week.

Jay Lund, Director of the Center for Watershed Sciences at the University of California at Davis, says “It’s hard to say we have a drought here right now.”

The weekly drought report says that 42 percent of California is now out of drought. Last year at this time, that number was only three percent.

California is the number one agricultural state in the country because of the high value of its crops. The pressure of urbanization has taken land and water away from farmers and drought has exacerbated the problem. The landscape of the state is broken into many different geographic regions that form micro climates ideal for certain high value crops.

The rain does not solve all of California’s problems. The hillsides are now green and the vegetation will likely grow and then brown from the normal dry conditions. At a later season, when strong winds blow, some of the region will burn and that will catch homes on fire. The denuding of the landscape will then be subject to erosion when the next rains come. California is know as the land of four seasons: flood, drought, fire and earthquake.