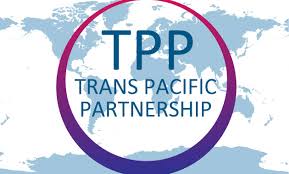 A Japan economics newspaper reports the 12 countries included in the Trans-Pacific Partnership seek to sign a formal agreement in February. Approval by countries such as the U.S. is needed for implementation of the deal. However, the 12 member nations must first formally sign the agreement.  A signing ceremony is planned for next month in either New Zealand or the United States. By signing the agreement, the member countries will determine the wording and then start domestic procedures for TPP ratification and approval. The United States is not expected to consider the trade pact until after the November elections at the earliest. Japan is expected to quickly approve the deal as the government session gets underway this week.

Other countries, such as South Korea, Thailand, Indonesia and the Philippines, have shown interest in joining the TPP once approved and in place by the current 12 member countries.